According to various reliable media reports Samsung’s latest 12-inch tablet is nearing production powered by Windows 10 instead of Google’s Android platform. Samsung is trying to diversify its product portfolio in an attempt to cater to wider market, this shift to partner with Microsoft indicates that policy shift. Perhaps success of Microsoft’s Surface Pro tablets and positive review that Windows 10 received prompted Samsung to join hands with Microsoft. Also giving users another OS option to choose from on its products Samsung is after breaking Apple’s hegemony on the tablet market.

As per Windows Central, Sammobile and other media outlets Samsung’s 12-inch tablet having model name SM-W700 under Certification ID WFA63105 has acquired WiFi Alliance Interoperability certification. This certificate usual means that the product is about to enter production and would be available for sale in the near future. Samsung has kept quiet on the issue and nothing official has been announced yet but WiFi Alliance and Bluetooth SIG certification should be enough to clear any doubts as to the imminent launch of the new Samsung Windows 10 tablets soon. 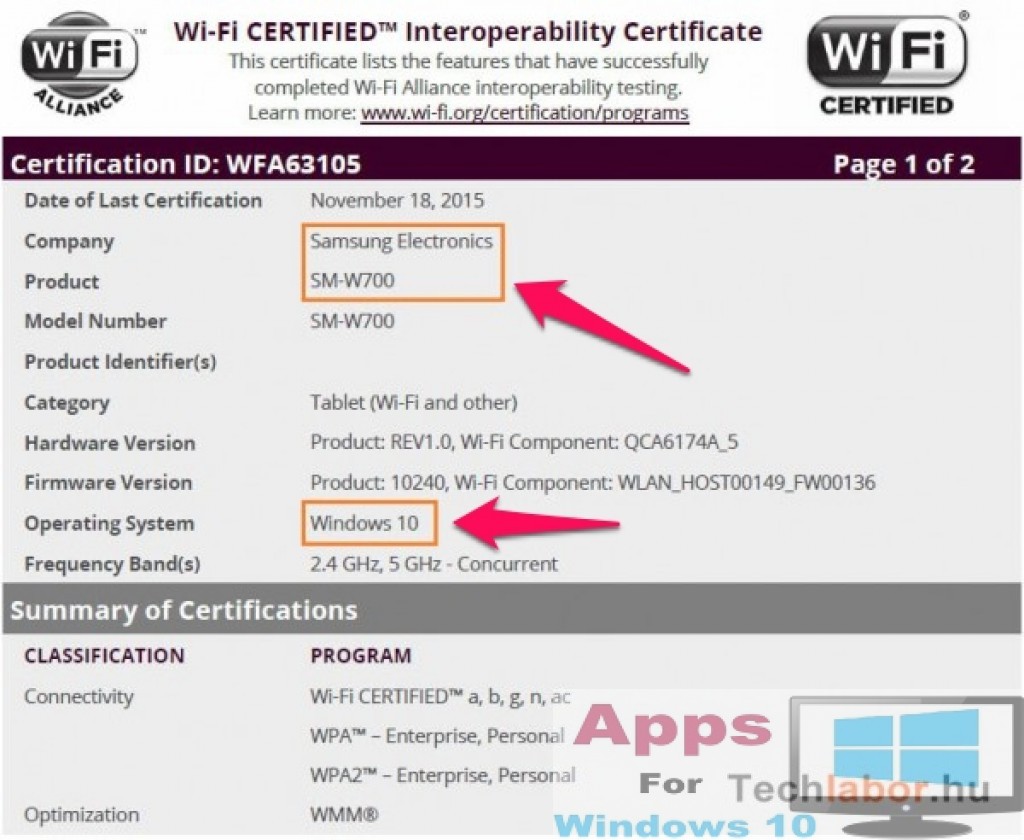 In hardware department tablet packs a punch in terms of resolution, rumors are surfacing that the tablet could support 2450 x 1600 or 3840 x 2400 pixel density, it’s also possible that Samsung might release two versions of the tablet with separate pixel ratio at different price points. Tablet is expected to have Intel Core M Processor and 4GB RAM. It seems those eagerly waiting for Samsung’s Windows 10 enabled tablets could soon have their wishes fulfilled.

How To Sideload Third-Party Apps On Windows 10