Its been over a month now since the release of the final version or built of the Windows 10, which has been regarded as the most successful Windows, as it has been downloaded over 40 million times since its download and already we have around 20% PC running older version of Windows like Windows 8.1, 8 or even 7 have moved to the latest version of Windows 10. (Update: 67 Million downloads by the End of July).

There are a lot of new Media related features added in the latest version of the Windows 10. There are no such Windows Media Center any more. But you can still have some really cool dedicated Windows 10 media apps pre-loaded in all versions of the operating system. This includes the special Music app named Groove and a special media player named Movies & TV app.

So if you are among those people who have been shifted to the latest version of Windows we are here to let you know about the Best Free Windows 10 Media Apps which are regarded as the most essential apps for Windows 10 so far. Since the release of Windows 10 more and more developers are turning to this new platform as Microsoft wants these apps to be built for all platforms with the best integration features available for the Windows 10. So here are all the Best Free apps that includes Photo Editors, Music Player, Radio Player, Media Players and even the best YouTube play back apps for your Windows 10.

The developers behind this Photo Editor are the same guys who have released the Aviary photo editing app for other platforms, On Windows platform they find this only “Photo Editor” name more Convenient to share their love with photographers. 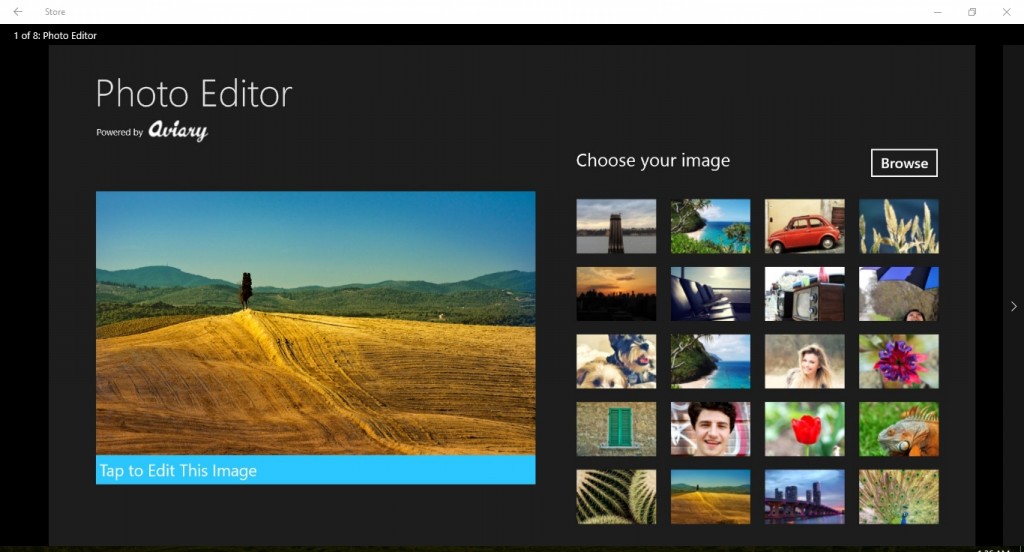 Here is the official description of the app on the Windows Store : Aviary is a powerful, fast, and fun photo editor which we created because we wanted an easy way to edit our photos on the go with no fuss. We’ve included all the tools you need, in a super intuitive interface so you can get right to editing. Note to Users: Your edited photos are stored in the Pictures Library (Folder) on your machine.

No doubt this is the best app so far for all the Radio Lovers who always stirictly follow their Radio programs. TuneIn Radio has got the popularity after it was first made for iOS and Android platforms and since it was made for the Windows platforms with Windows Phone 8, we have the official version of the app for Windows 10 as well. You can download the app from the link below. Here is the official description of the app on the Windows Store. 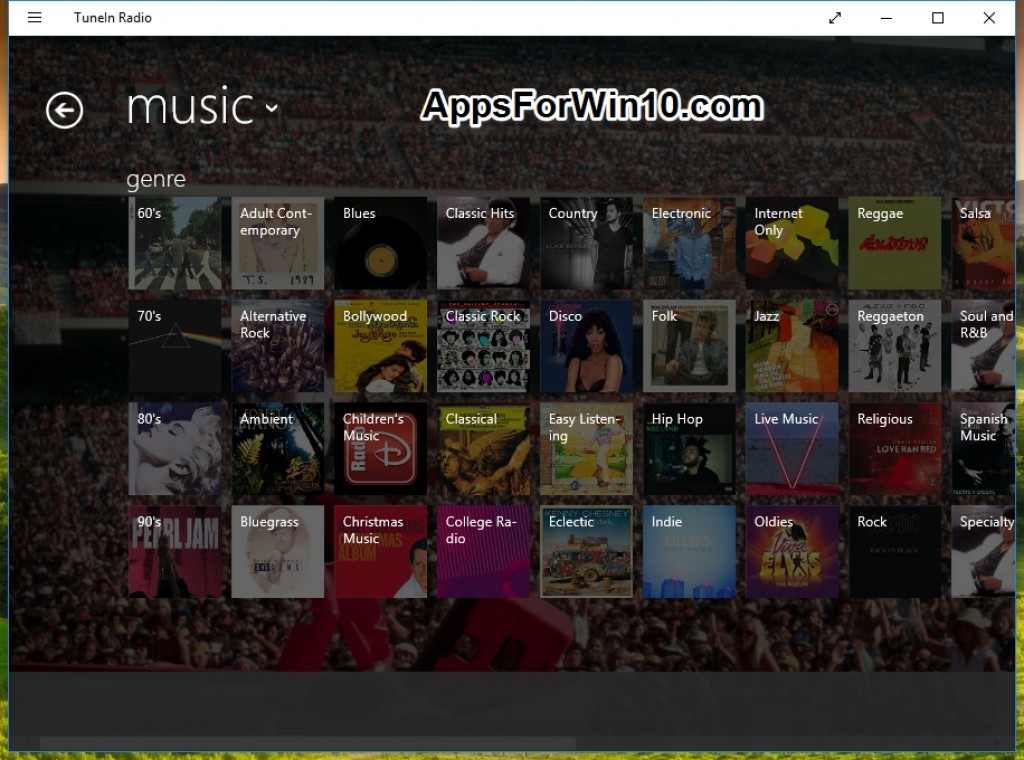 TuneIn Radio is a new way to listen to music, sports, and news from every corner of the earth, with over 60,000 radio stations and 2 million on-demand programs. 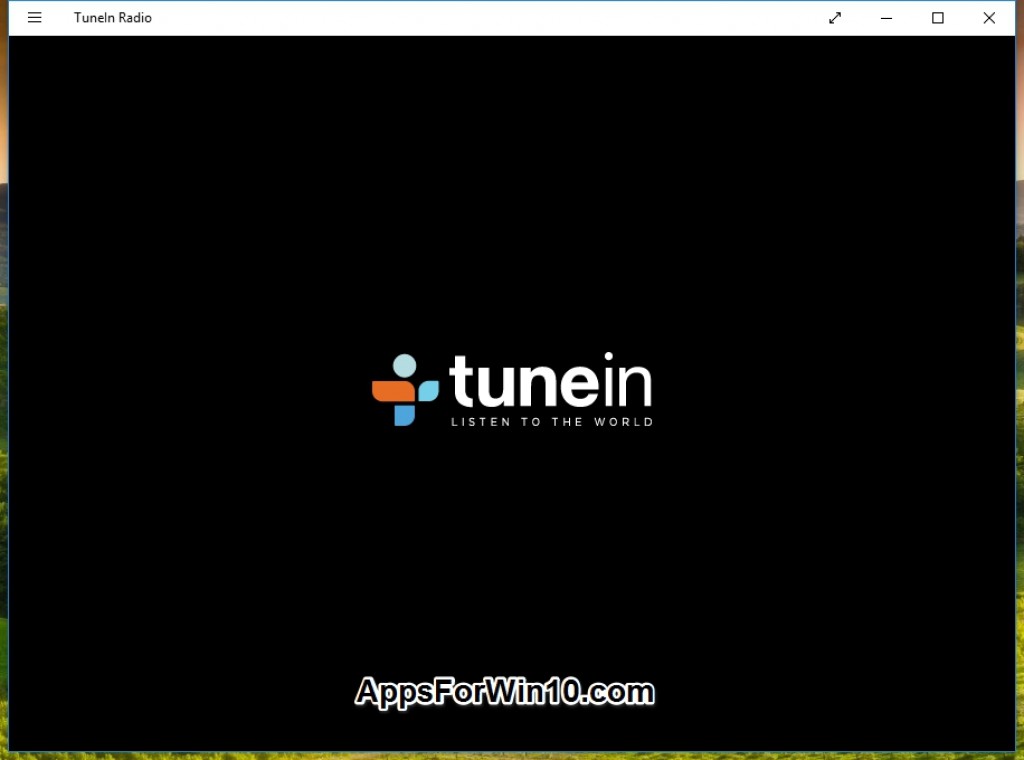 When you install the latest version of Windows 10, you would surely miss all the main Codecs installed on your previous version of Windows and this will result in crashing of the apps and would not able to run your AVI or MP4 videos.

Even if you have upgraded from the previous version of Windows you will always face some issues with the Video Playback and the official Movies & Tv player for the Windows 10 would not be enough to run all the required videos espacially the FLV files. So you would like to have a 3rd party video player app loaded with all the codecs that you need to have on your Windows 10 version. We come up with the best and free alternative to the stock Movies & TV player in your Windows 10 and this is the VLC for Windows Store. The best thing is that this VLC Player is available for free download and supports both 32 bit and 64 bit versions of the Windows 10. Below we have the link to the official app and also we have the main description of the app enlisted here. 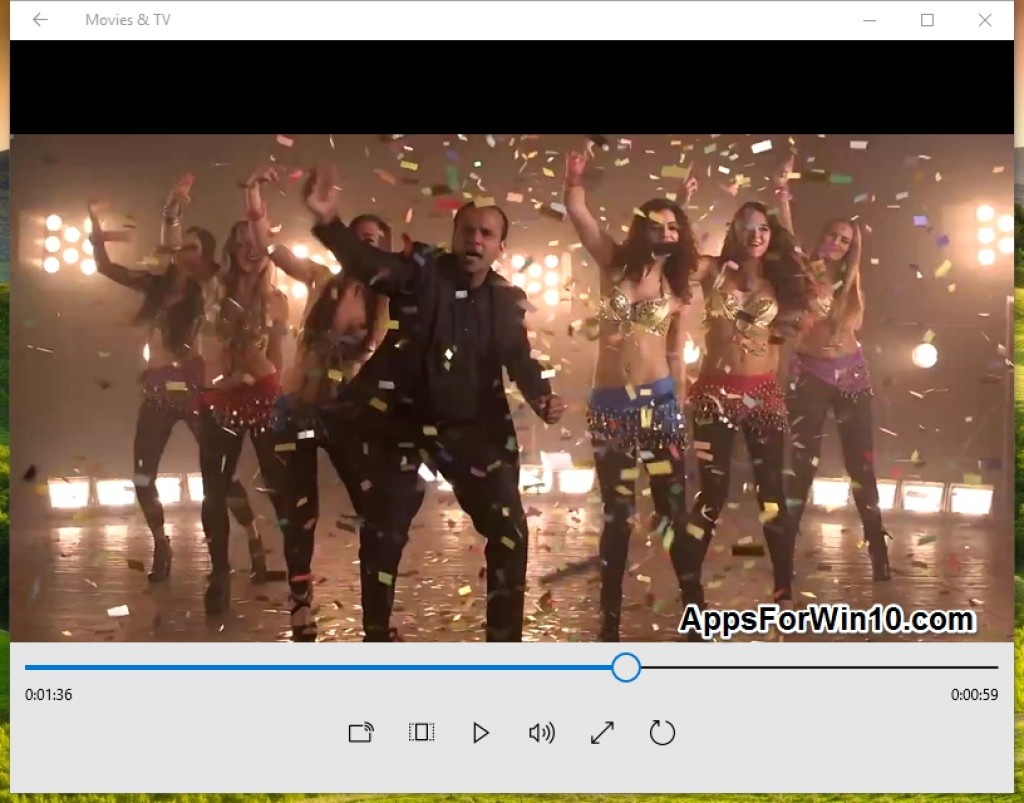 VLC media player is a free and open source cross-platform multimedia player that plays most multimedia files as well as discs, devices, and network streaming protocols. This is a new version of the port of VLC media player to the Windows 8.1 and Windows 10 platforms. It plays both audio and video.

VLC for Windows Store plays most local video and audio files, and network streams. The app has a media library for audio and video files, a complete audio library, with metadata fetching. VLC supports multi-track audio and subtitles, speed control. VLC supports all formats of video, including, FLAC, MKV, MOV, TS and Ogg.

Meanwhile if you are looking for the VLC app for the Windows Phone 8, you have to check this one. VLC for Windows Phone

The Windows 10 Comes up with a totally new browser and it is no more Internet Explorer but the “Edge” with the claims of being the fastest browser ever made for Windows. But Windows 10 users have something different to say. They have choosen the UC Browser HD from the Windows Store and they are quite happy with its performance especially on the Surface Tablets and Touch Screen PC’s. This lead the UC Browser HD to be the most liked app on the current Windows Store. 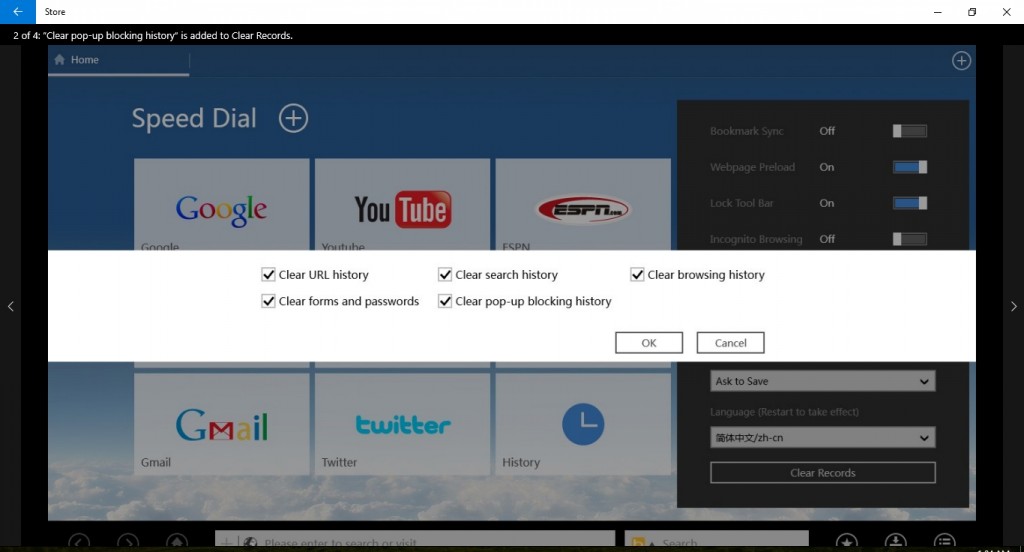 It has been found working perfectly on all x64, x86 versions of Windows 10. The best features of this browser that I liked mostly are well summed up here. 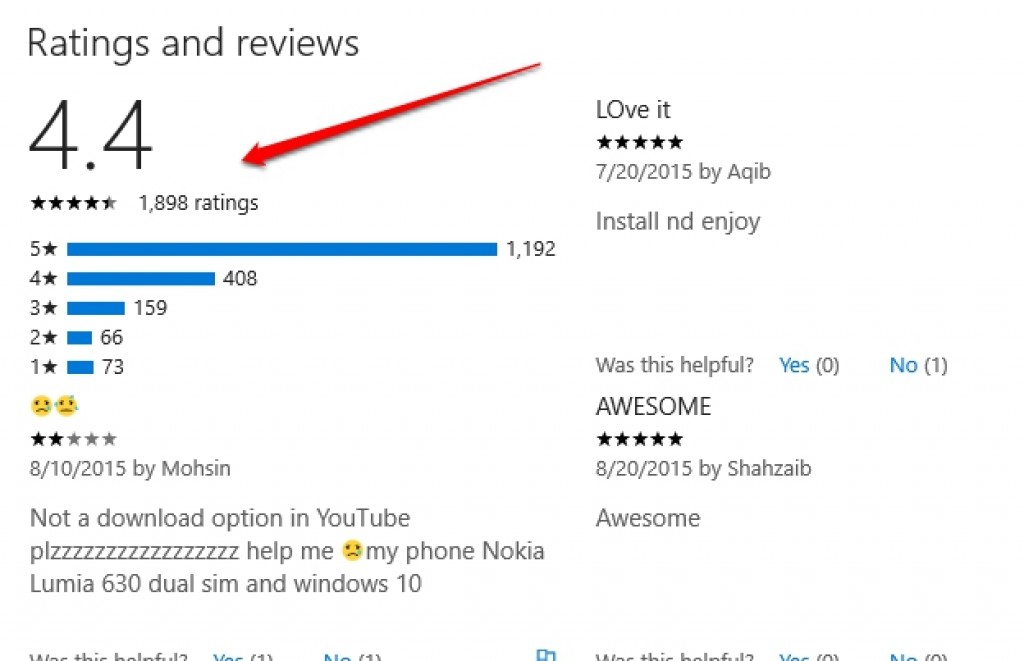 You can download and install the UC Browser HD  app directly from the Windows Store or simply click on the given link below to have the latest version downloaded and installed on your PC running Windows 10.

One of the best online TV Streaming app which I would recomend for all Windows 10 owners right now to have it installed on their PC’s. TVCatchup has all the main flavors loaded in it for a TV Freak to have it up and running on its Desktop or Laptop PC. With all the screen sizes and resolution support you can either enjoy the best HD Channels or simply go back to the SD level.

The best thing about this app is that this app provides free TV Access for British Citizens. Here are the main feature of the app in Store.

You can download and install the TVCatchup app directly from the Windows Store or simply click on the given link below to have the latest version downloaded and installed on your PC running Windows 10.

The name and the title Suggests that it is the YouTube client app for the Windows 10 and is regarded as among the best apps for the previous version of Windows i.e 8.1. You can watch and download all types of YouTube video with this free uTube app for Windows 10. 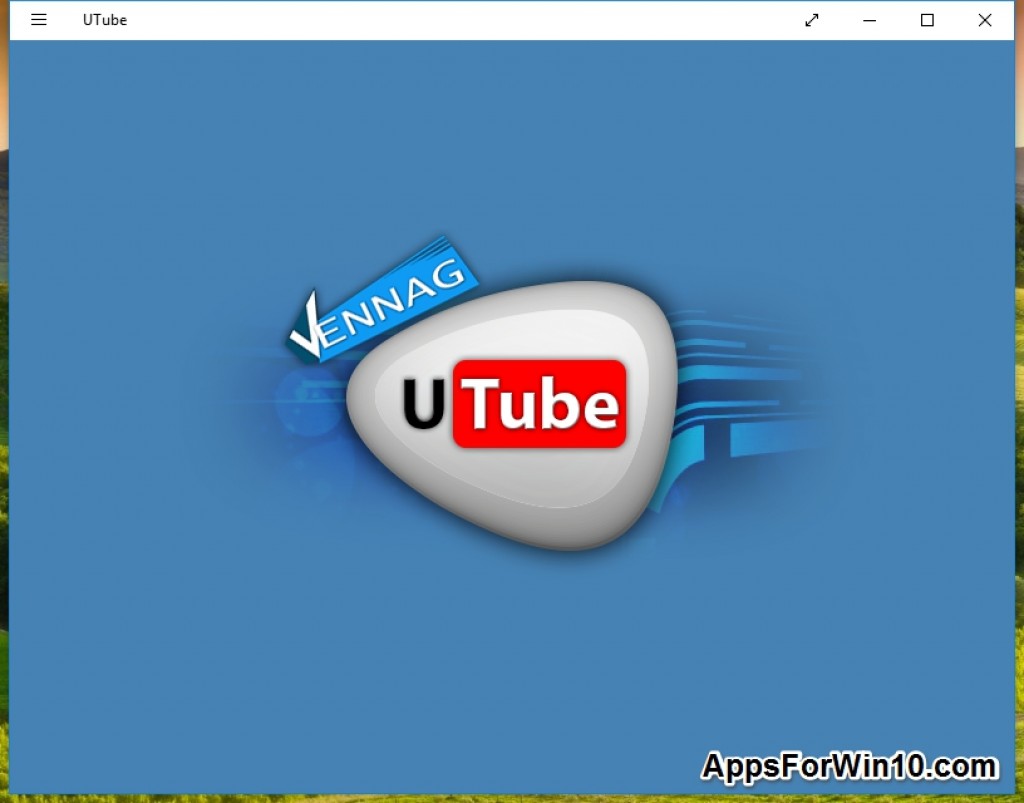 Main features of the app are ” UTube is the most advanced way to view YouTube videos on your Windows 8.1 device. It allows watching videos in SD, 720p and Full HD 1080p, as well as the ability to download in all those qualities”