In this post we will discuss common occurring Windows 10 problems based on the user feedback. Windows 10 is the latest OS from Microsoft that was launch for general public last July with much fanfare and is being lauded in tech circles as an impressive improvement compared to catastrophic Windows Vista and ponderous Windows 8 & 8.1. With time as users became more familiar with the OS, they started spotting some aspects of Windows 10 that would have been better left out or at least should have remained in user control such as forced update feature caused much uproar, people said it is intrusive and make changes to the system that people don’t want. Similarly, frustrating errors that emerge out of nowhere while upgrading from Windows 7 & 8 to Windows 10 also cause much distress. Although Windows 10 has undergone a noticeable improvement since November when Microsoft released fixes and updates, there are still some issues that you should know might recur and how they can be taken care of in future.

So, let’s go through Top 5 Windows 10 Problems & Issues one by one and learn how to rectify them.

Lets face it, no one likes getting things shoved at them, when Microsoft announced that Windows 10 will keep Windows 8 feature of forced update that prompts frequent restarts, it immediately raised concerns. Constantly reminded about restart after updates in the middle of some work session on PC, or watching videos or doing anything important are being seen as pestering. Users like to control when to restart PCs after update installations, although, Windows 10 is much more efficient in managing restarts after update installs but still some prefer to be in charge of this aspect.

Sorry Windows 10 Home Edition users, you are out of luck here. There is no way of getting around restarts that are needed for updated system changes to take effect, however, you can defer them or use third-party programs to manage updates but there is no Windows 10 in-build feature for you guys.

Often time it happens that due to an unexpected issue Windows 10 ceases to work normally or changes brought by new updates are disagreeable to user’s taste. This is where reverting to perfectly fine copy of Windows that can be stored via System Restore option becomes all the more vital. In older versions of Windows OS, System Restore option was Enabled by default but is not the case with Window 10. So, if you haven’t turn it to ‘on’ yet, we strongly suggest that you do so immediately for it allows you to recover the fully working copy of Windows when needed. 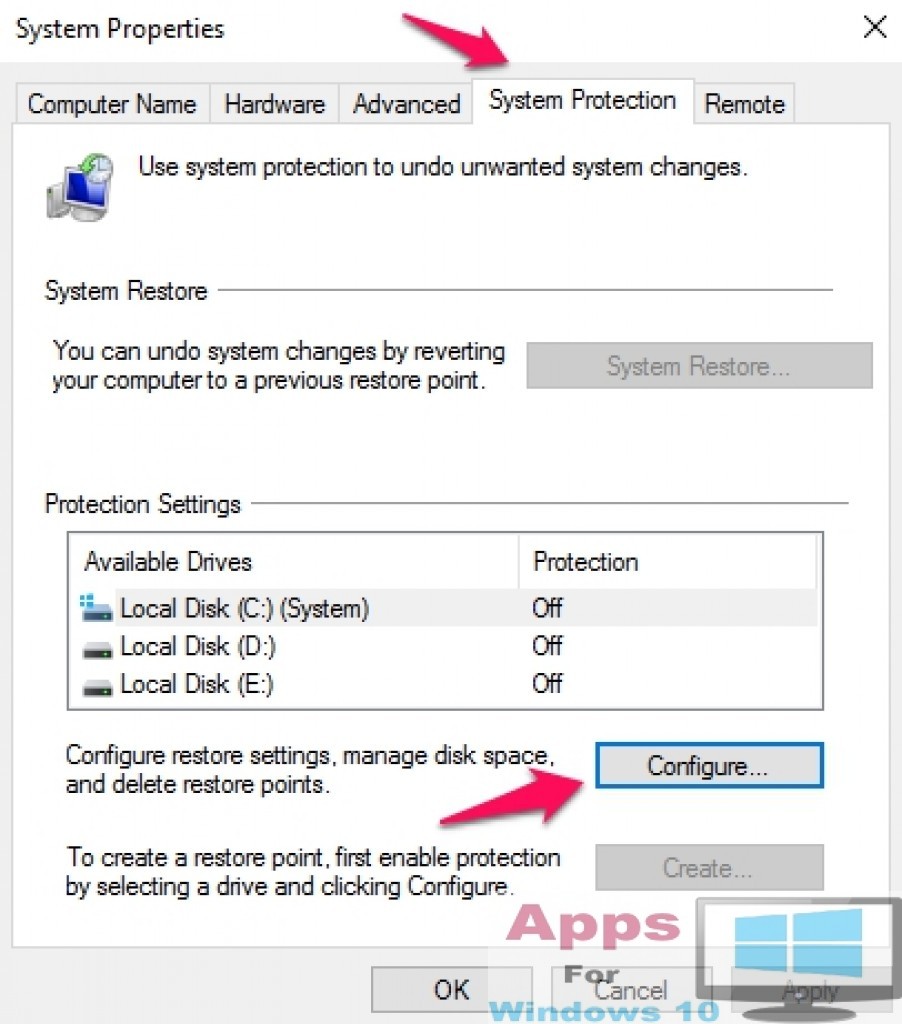 Windows 10 uses hybrid boot system to load OS on PCs, windows boot time become super fast with it. What it does is that it terminates all running system process on shutdown but Windows kernel isn’t turned off, it just goes into hibernation, so that when you start or restart Windows it loads quicker. But it can also slow down system boot time for some Windows 10 users with PCs having outdated or old hardware. Also those using two Windows version on a PC can experience delays since fast boot when enabled verifies disks of both operating systems on boot. You can get around these issues by following instructions below. 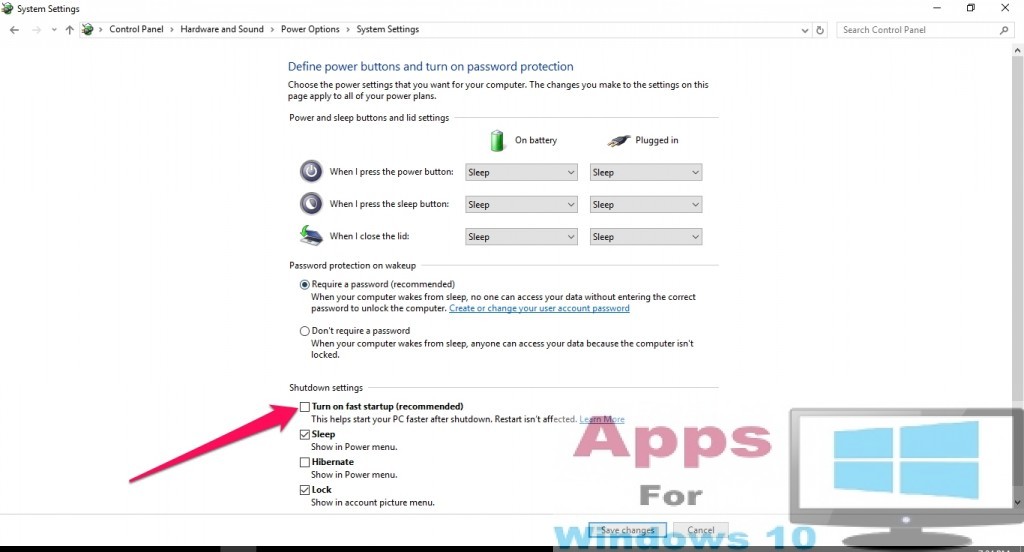 In Windows 10 default privacy settings are set to sharing. Despite increase in privacy related frauds thanks to ever expand internet reach across the world, it does calls into question Microsoft’s decision to set data sharing on from the onset. Those less proficient in using Windows OS or unaware of managing privacy settings are particularly at risk to being exposed to online fraud if their information gets into wrong hands. So, its better to know how you can change privacy related options in Windows 10.

Go to Start > Settings > Privacy. On the left hand side you will see a list of all apps and programs that might be sharing your PC information with third-party apps and programs for general feedback and service improvement. Always make sure at the time of app installation which app can access PC’s camera, account info, contacts, microphones and other related information. By default it will be turned on for all apps, but in Privacy section under Windows settings you can make changes later on. Also, go through Windows Defender and particularly WiFi Sense settings as they can leave your network vulnerable to unauthorized access. 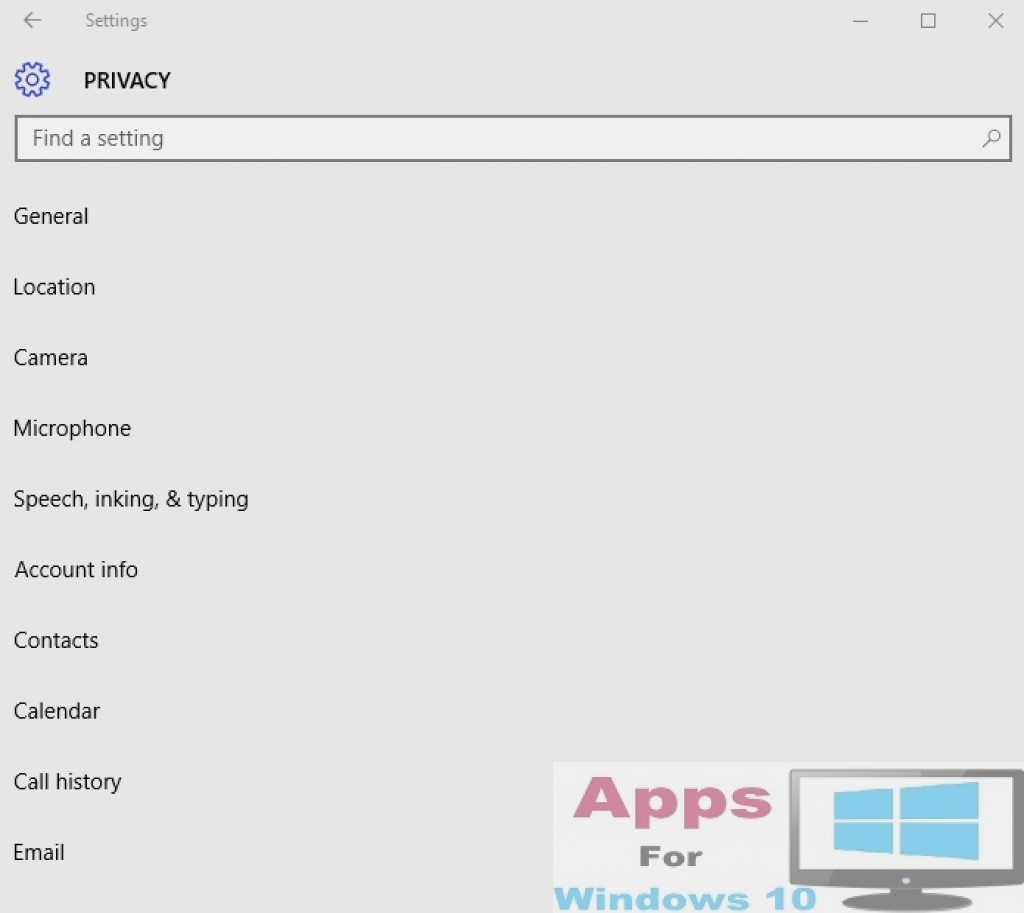 One of the best features in new Windows 10 is its search function spearheaded by Cortana, a virtual assistant that helps you find information on the internet as well as on PC. It saves all your queries in its intelligence gathering servers to give more accurate search results in the future based on your past preferences. You can turn this feature off from Windows settings if you don’t want to allow Cortana to collect too much personal information for customizing future searches.

Some users have reported that they have been getting this ‘Cortana not available’ message on startup screen when PC loads Windows. This might be due to automatic date, time and location settings that come pre-installed on a new copy of Windows 10 and have to be changed manually from Settings. Cortana uses location to present customized search result to each users, that’s why accurate location settings are important for the proper functioning of Cortana. Go to Start > Settings > Time & Language from where you can edit location and time format.

How To Access Registry on Windows 10 To Restore PC Back To Working Condition.