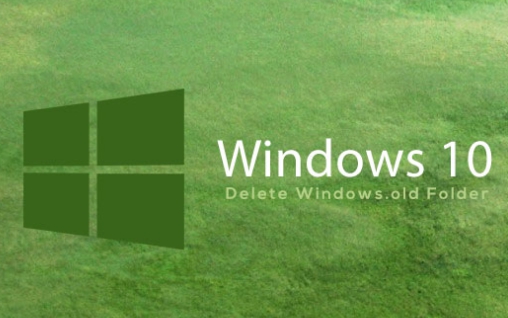 Keeping a backup is not bad, but why keep folders that you won’t be needing often when you can save it on some external storage device and empty precious hard disk space in the process. Windows.old folder normally takes up to 15GB to 25GB of main hard disk space. Which is a lot considering it contains files that may not be of any use to you. If upgrading process went well and you don’t want to go back to the previous version then delete Windows.old folder.

How to Delete Windows.old Folder after Windows 10 Anniversary Update to Free up Hard Disk Space:

See step-by-step guide below to get rid of Windows.old folder and reclaim important hard disk space.

1 – On Windows 10, click This PC icon on the desktop screen or open it from the Start menu.

4 – Next, click Clean up System Files option on ‘Disk Cleanup for C:’ window.

6 – Hit the OK button and wait for the process to complete.

Now restart PC to finalize new changes. Now you should see almost 20GB to 25 GB primary hard disk space freed up on Windows 10 PC/laptop. Thought? Let us know what you think in the comments section below.

Also Read on AppsforWin10: How to Recover Lost Data from PC | Facebook Moments App for PC

How to Turn Windows 10 into Windows 7 in Appearance