Sometime we all want to change a thing or two on our preferred OS, such as playing apps and games of another platform on your PC Windows device. Most people was fooled by the belief that the Chrome Browser can run Android apps on Windows directly since Chrome is Google’s own browser and Android is Google’s mobile OS. However, this is not true. You need a third-party tool named ARC Welder tool on Windows PC to be able to run Android apps and games on Chrome for Windows.

In order to run and play Android apps and games on Chrome browser for PC Windows, you will first need to download ARC Welder tool for Chrome and install it. After installing, launch the ARC Welder tool and choose a PC location for the tool to install some important setup files. Once the setup files are installed, you can start downloading Android Apps/Games APK on PC via Chrome Browser to run Android apps on Windows PC. 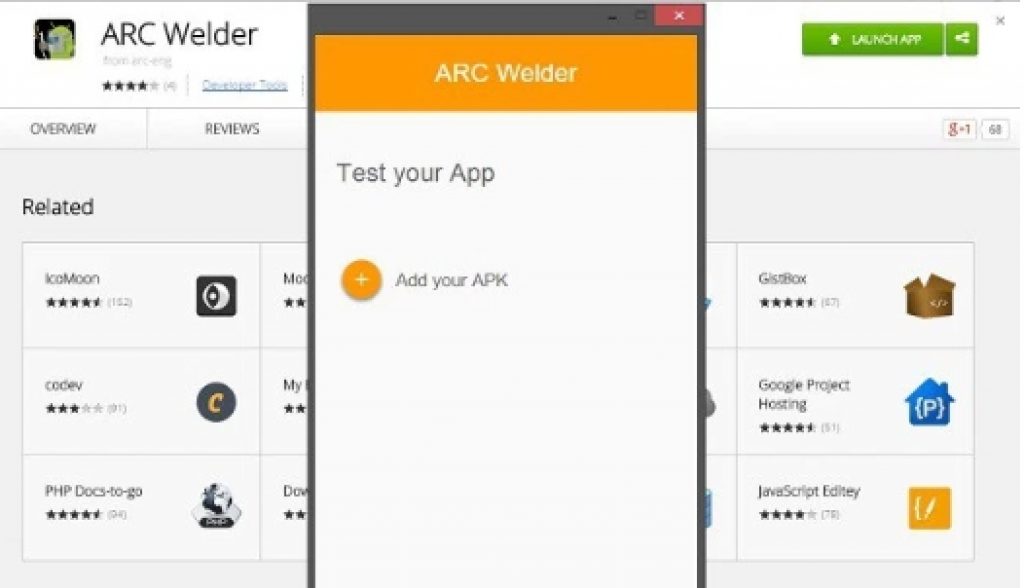 When the ARC Welder tool has finished loading the APK file for the Android app or game, it will display some options on the screen, including landscape or portrait orientation, tablet, maximized or phone form factor and the Clipboard Access option. Now download any Android Android app APK to test it on ARC Welder tool for Chrome browser on Windows PC.

ARC Welder tool is originally designed to facilitate Android developers and users who want to test Android apps on the Chrome browser for Windows. Don’t expect it to run every Android app or game but with future update we are hopeful that the support for more and more Android apps/games in all categories will be added to the ARC Welder for Chrome in Windows.

So have you been convinced to give ARC Welder tool for Windows Chrome Browser a shot? Let us know in comments section and also share your experience with ARC Welder.

For More on AppsforWin10, See:

How to Run and Play Android App on Windows 10

How To Enable Android Notifications on PC Windows 10

Download Chicken Scream for PC on Windows and Mac

How to Fix Windows 10 Installation Error