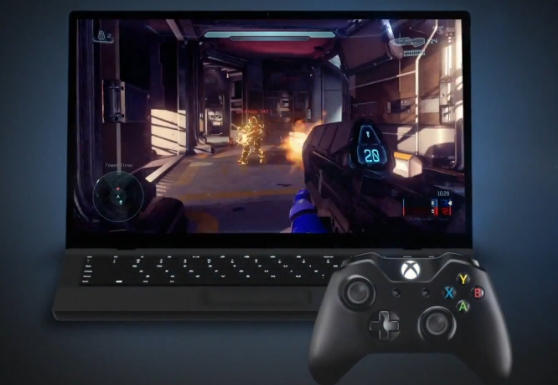 Windows 10 has received biggest Xbox integration ever on a Windows operating system as a part of Microsoft’s plan to streamline all devices that run its latest OS. The latest Windows 10 Creators Update brings lots of productivity enhancing tweaks, but it also has many new features for those who like PC gaming. On Xbox Live there is this common issue that many users constantly report that when they attempt to play with a group of friends in multiplayer mode or try to set a voice chat over the network, problem begin to surface in establishing connection on Xbox Live.

However, all these issues are now a thing of past because starting from the Windows 10 Creators Update, Microsoft has introduced a new Xbox Networking feature in the Settings app to help troubleshoot and fix issues that prevent using voice chat and playing multiplayer games on Xbox Live.

In this tutorial, we are going to look at a method to use Xbox Networking to fix Xbox Live issues for smooth playing experience on Windows 10.

4 – In the Settings page, you will see connection status of the internet and Xbox Live services. Under Performnace, there are Latency and Packet loss figures (these should be low) to indicate current performance. Under Xbox Live multiplayer, you will find information about NAT Type and Server connectivity, that tell you what may be causing issues with using voice chat and multiplayer gaming. Simple, click Fix it button at the bottom to resolve networking issues on Xbox Live. 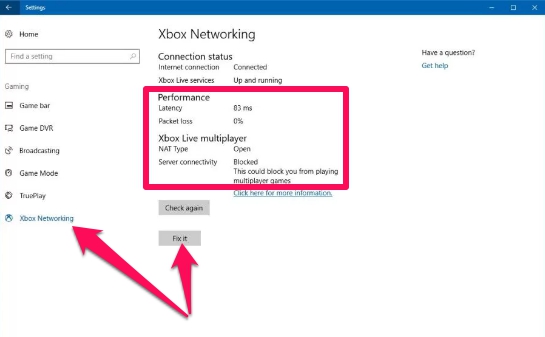 All done. This should fix any problem with connecting Xbox Live for voice chat and multiplayer gaming. Make sure you are using latest Windows 10 Fall Creators Update otherwise you won’t see this Xbox Networking feature in the settings app to configure Xbox Live.

How To Turn Windows PC into a WiFi Hotspot – (Share a Wired/Wireless Internet Connection in Windows 7, 10, 8)