This action adventure game Maze Runner The Scorch Trials is based on the movie Maze Runner’s characters. Just like the movie, game throws thrilling adventures and surprise twist and turns in every level. You will have to play to see it for yourself. Maze Runner has been on of the biggest box office hits of 2015 and fans wanted to play the game version of the movie, Well, the wait is over, new mobile version of the endless runner game Maze Runner has been released which you can download from Google Play and Apple App Store for free now, in-game purchases come for real money. 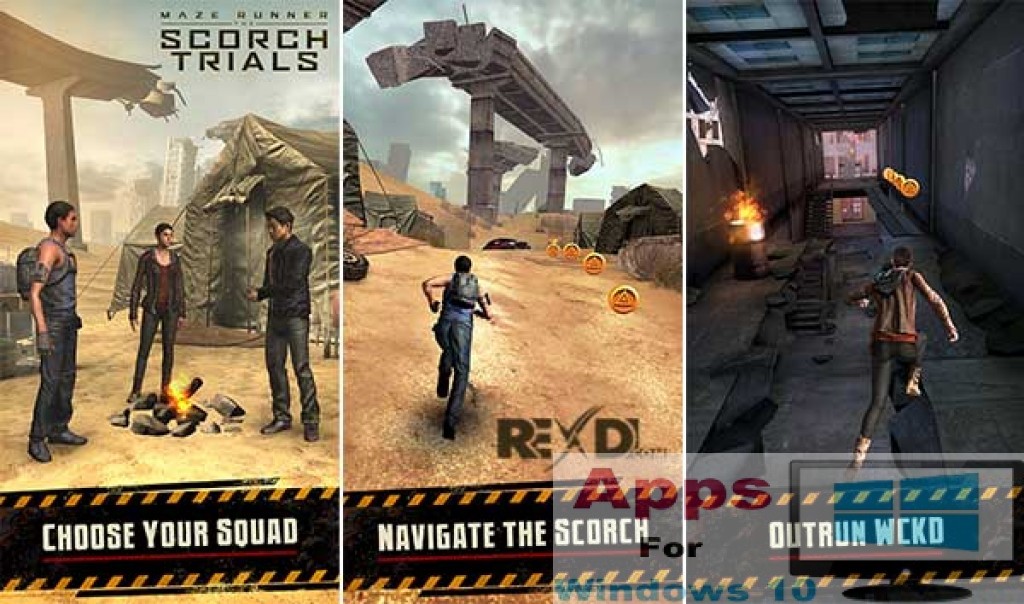 We all have played famous endless runner games Subway Surfers, Temple Run and many others on mobiles but none of those had the realistic elements which you can find in Maze Runner the Scorch Trials. Pick a character you like to play the game, they are all based on the movie characters and all have their own strengths and weaknesses. Gladers is a group of heroes that must run endlessly to complete missions, collect as many coins as possible on the way to unlock bonuses and buy in-game upgrades. You can change the appearance of your character with new cloths, facial features, add new skills and aid kits. You must beat hurdles that come in your way. The game supports 3D graphics and can be best enjoyed if you play the game on computers with larger screens and better integrated graphics. Moving characters left, right, up and down to run, slide, duck is easy with mouse compared to touchscreen mobile displays.

Here you can learn how to play the Android version of the game on computers with Maze Runner The Scorch Trials for PC. With BlueStacks and BlueStacks 2 Android app player you can play the game on PC and laptops with Windows 10/8/7/Vista & Mac OS X. See how far you can go in the game by playing it on PC Windows 10 and Mac OS X.

How to download and install Maze Runner The Scorch Trials for PC:

2 – After completing the setup, go to BlueStacks home screen and type Maze Runner The Scorch Trials in the search box.

4 – Next click install as shown in the image below. 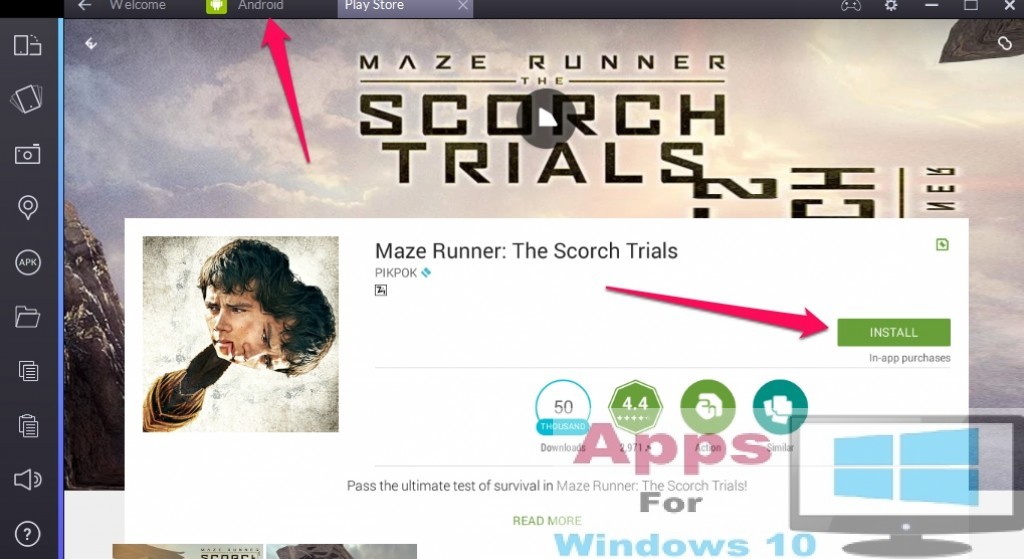 7 – All done. New endless runner game is all set for you to play on PC via BlueStacks.