Sky Force Reloaded is one one of its kind scrolling shooter game. I have been playing such games for a long time now, but this airplane shooter beats others when it comes to meshing classic arcade features with modern graphics and game-play technology. Pick your plane and defend the city by destroying aircraft, airships, helicopter and bases of the enemy. Download Sky Force Reloaded from App Store and Google Play on Android and iOS devices. But the real fun is to play the game on better resolution PC screens, so to enable you guys to play this mobile game on Windows 10/8/8.1/7/XP & Mac OS X loaded PC/laptops with all original graphics, i am going to explain a simple workaround which will allow you to play fully PC optimized version of Sky Force Reloaded for PC with better graphics on computers. But before jumping to that bit, take a look at the game-play guide below. 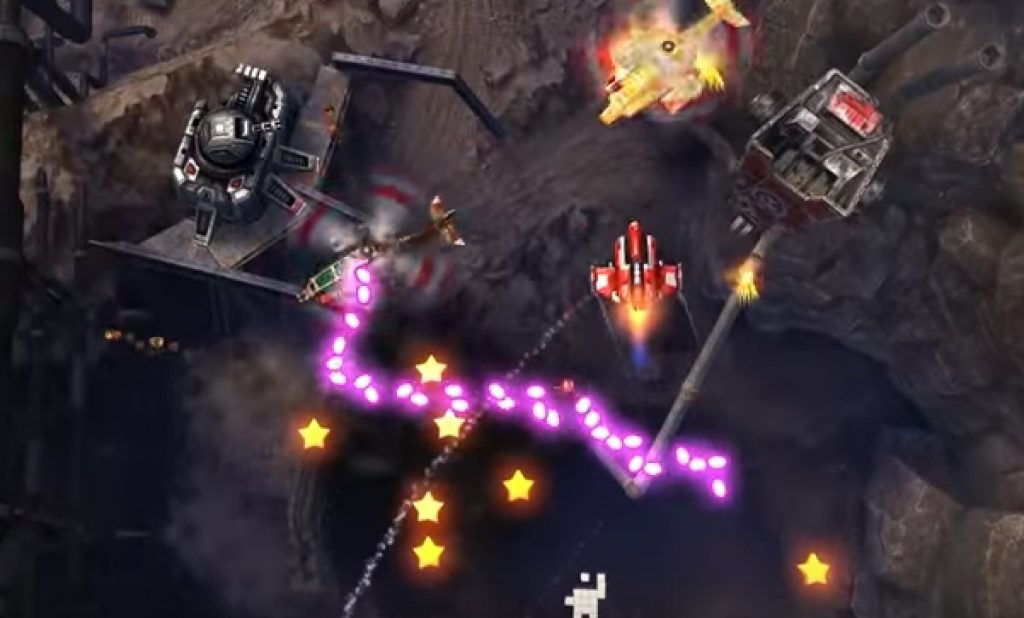 Graphics of Sky Force Reloaded for Computer are immersive rarely found in other games originally designed for mobile platforms. You will be bombarded with enemy planes, only quick reflexes and moves can save you from incoming assault. Things get tougher when you have to defend and try to hit other planes with accurate shots. When you destroy multiple planes or spaceship or enemy buildings, screen will be filled with rewards in the form of boosters, stars, coins and bonus items, collect as many as you can before they disappear.

Avoid getting hit often otherwise it will affect the speed and movement of your planes making it easier for other to target it in Sky Force Reloaded for Windows PC & Mac. You can get medical assistance at the end of the mission or fly over plane repair tool kit icon during the mission to heal the damage on your plane. Overhead camera shots gives some stunning views underneath, you get to fly over deserts, oceans, cities and many other locations during the course of your campaign. Avoid heat guided missiles will require extra skills and control. Save fellow pilots and planes to get more lives during missions.

How to download and install Sky Force Reloaded for PC Windows & Mac:

3 – If you couldn’t find the app on BlueStacks for Computer then download Sky Force Reloaded Apk here for directly installing the game on BlueStacks. Double-click the downloaded apk file to begin installation.

4 – Now on BlueStacks home screen select all apps in the top row. Find the app in all installed apps list and click on it.