If you have been searching for ways about how to burn Blu-ray discs and haven’t been able to find satisfactory utility/program to get the job done then you have come to the right place. In this post not only we will show you how to burn Blue-ray disc on Windows 10 PC but you will also get to know about the best free Blu-ray disc burning software here. Of course, you can also use software listed below in this post on Windows 8/8.1 & 7 PC/laptops as well. Blu-rays have categorically displaced DVD/CD as the primary tool for saving HD content and it’s gaining widespread acceptance among home and professional users alike despite being relatively expensive than DVDs/CDs but its advantages far outweigh its limitations because this is where the future lies. After testing numerous Blu-ray burning software we have come up with the list of best free software for Blu-ray disc burning on Windows 10/8/8.1/7 PC.

With constant technological advancement in media storage and computer resolution fields, it is no longer practical to save content on DVDs & CDs due to their inherent limitations as media content saving tool. Blu-ray discs have the capacity to save 4k videos, Super HD content and large media files. Most Windows PCs come with built-in Blu-ray disc burners but if yours hasn’t got one then there is also an option to attach external Blu-ray burner to it.

Software listed below can be used to burn not only Blu-ray disc, they are also useful for burning CDs & DVDs on Windows PC/laptops. Blu-ray burning software come in paid and free version with paid version containing more features but to get most basic tasks done free version would be enough for home users. You can also use ISO image files to create bootable disc with disc burning tools.

also see: how you can create bootable USB flash drive with Rufus utility on Windows 10 PC. 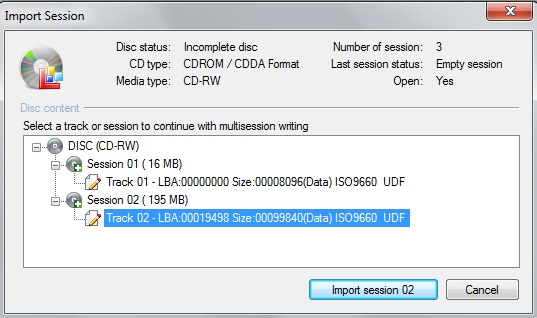 Don’t be fooled by the XP in its name because this disc burning tool supports all latest versions of Windows including Windows 10/8/8.1/7. This free application burns DVDs, CDs, Blu-rays and HD-DVDs. Moreover, you can also use this program to create ISO images and bootable discs. It has simple to use interface and multilingual support. [Download Here] 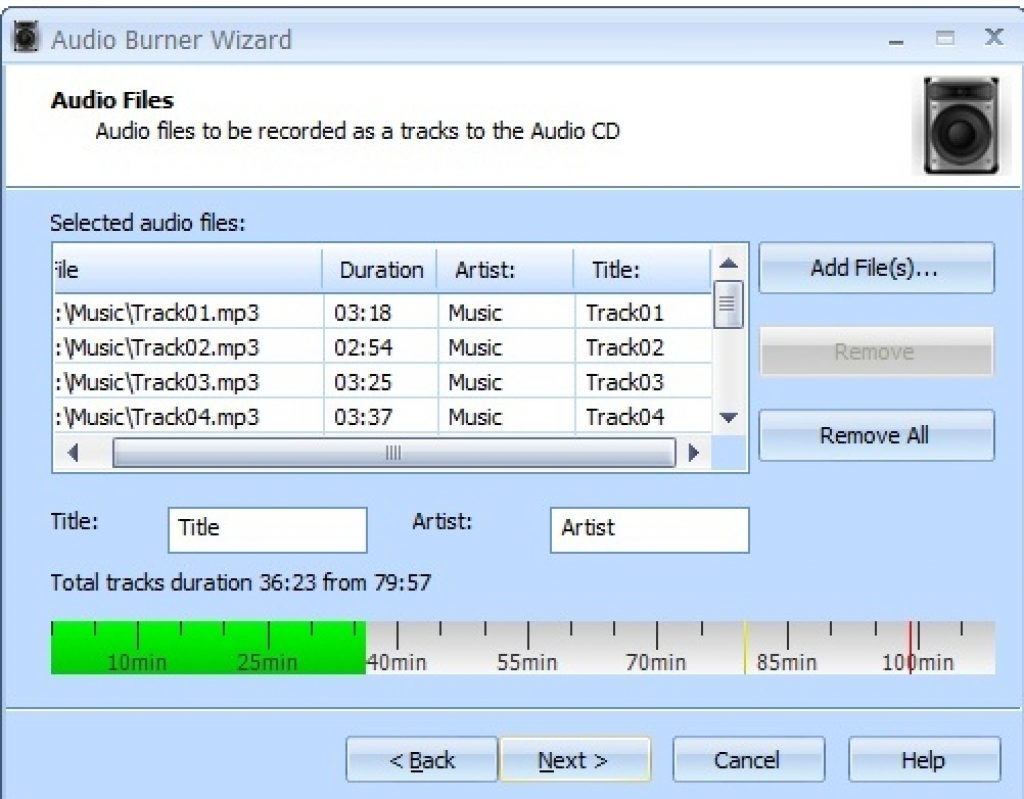 Starburn DVD, CD, Blu-ray, HD-DVD disc burning tool comes in both paid and free version and support large range of optical storage media including CD-R/RW, HD-DVD-R/RW, BD-R/RW and many more. You can use it to burn audio, video, photos and data files to and from Blu-ray disc. It quick to install and interface has been kept lucid so that even basic home users can also use it without any problem. Packed with features suitable for all modern Blu-ray disc burning needs, this utility is sure to provide all that you would normally expect from top quality disc burner. 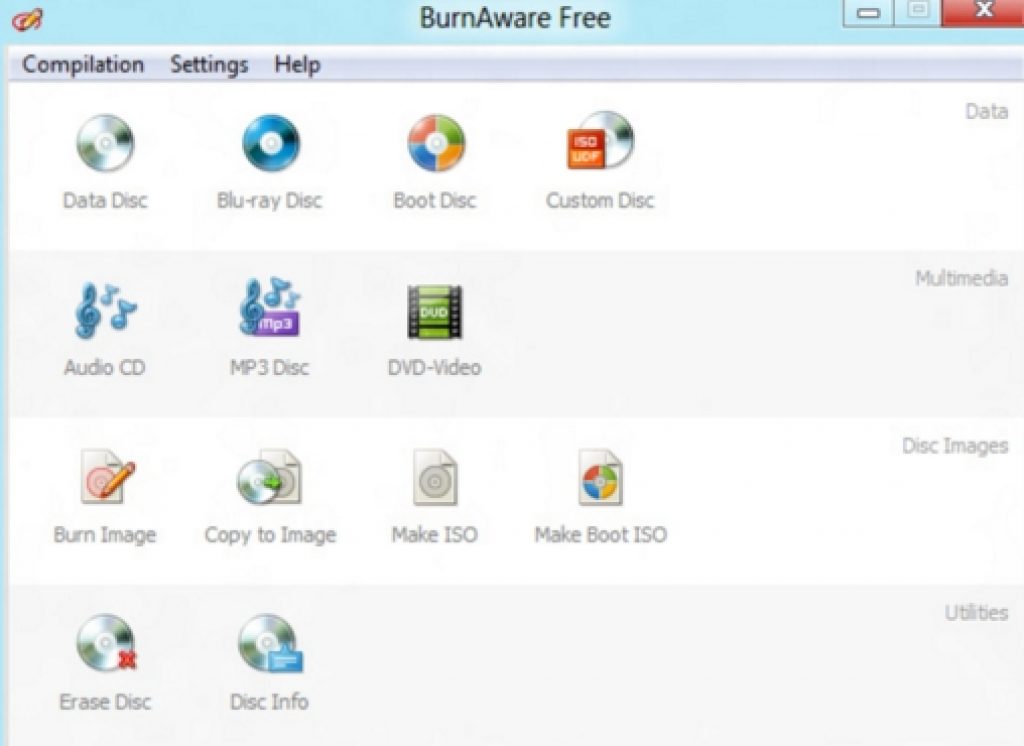 With BurnAware disc burning software you can burn blu-ray disc/CD/DVD, create ISO image files, bootable discs. You can pick from either free or paid versions of the tool to burn discs and create bootable discs from ISO image files. Installation takes a few minutes at most and software doesn’t consume too much system resources making it possible to burn large data files quickly. Recover lost data with recovery feature, it can also handle multiple burns at the same time. 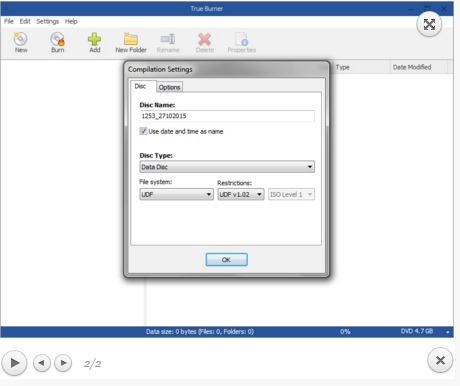 True Burner is easy to use disc burning tool; just choose disc and format and click start button, that all it takes. It can erase re-writable and erasable DVD/Blue-ray & CDs so that you can delete unnecessary data from re-writable discs and use them again for saving new content. This free disc burner tool has simple interface and come in multiple language options. It automatically check for errors on discs and corrects them before burning process starts to ensure seamless copying of media files. [Download Here] 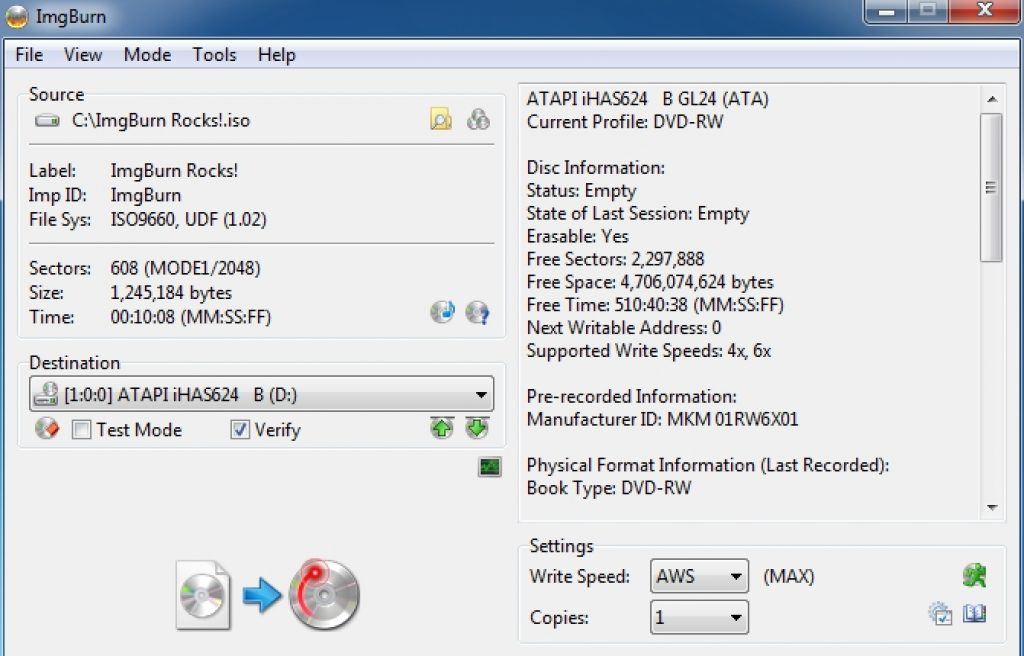 This disc burning tool ImgBurn supports both audio and video data files on discs. No matter how old your PC is, this light application runs smoothly on any PC Windows to burn Blu-ray/CD/DVD/HD-DVD. With image queue feature you can burn several images together. There is no need to individually upload multiple data files to burn, just align them and place them in order and rest will be taken care of by ImgBurn utility. [Download Here]

This concludes out post listing best free Blu-ray disc burning software for Windows 10/8/8.1/7/XP on PCs & laptops. Provide us with your feedback if you need any help in properly using above mentioned software tools.

Read more on AppsforWin10: How to Dual Boot Windows 7 with Windows 10 on One PC & DVDFab for Windows 10 – Download