Microsoft’s announcement to allow free Windows 10 upgrades for all Windows 7 & Windows 8 users raised some eyebrows last year as to the viability of this strategy in terms of revenue generation. Many skeptics pointed out that giving away free Windows 10 to users would hurt profits, but it seems like Microsoft’s new direction points towards apps and cloud services as main source of income for the company. Once everyone migrates to Windows 10 platform, it would make Microsoft’s job lot easier to convince third-party developers to design fully optimized Windows 10 apps for all its devices, hence, reducing costs for developing separate app version for different devices. 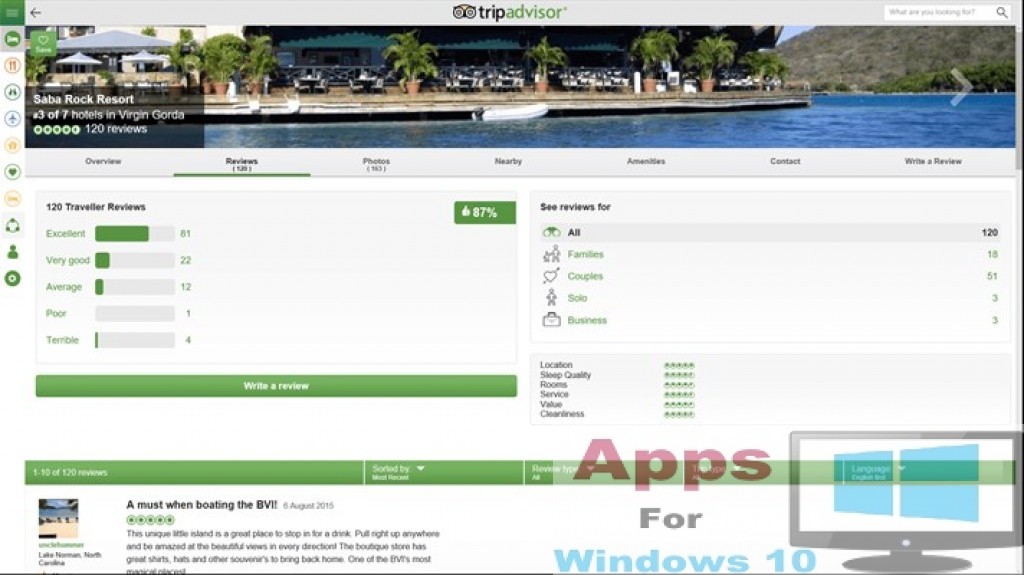 As you might have noticed Microsoft is slowly integrating more and more apps in its Windows 10 OS lately. TripAdviser app joins the growing list of universal Windows 10 apps including Uber, Fenice, Figure, Kobo ebooks and others. Using world’s largest travel website’s app and integrating it with Windows 10 from the onset, Microsoft is hoping to lure more users towards its platform for generating much needed app revenue from Microsoft app store.

All Windows 10 compatible devices in 2016 will come with TripAdvisor app pre-loaded on them and will be connected with various Microsoft services on Windows 10. You can use Outlook or live account for hotel reservations, room bookings, comparing hotel reviews to decide on the best offering in the specific category and all with just a few clicks now. It remains to be seen what Windows 10 devices will come with pre-installed TripAdvisor app, nothing has been officially announced on the issue, things will become more apparent in the coming days.

With Microsoft trying to diversify its revenue generation capacity, adding TripAdvisor in the list of universal Windows 10 apps would send a signal of intent that the company is willing to court more third-party developers on its latest Windows OS platform. Since the app comes as one of the universal apps, it’s wouldn’t consume much space on PC, will provide faster navigation experience, simple layout & UI and wouldn’t in any way slow down boot time. Get the app for free from Microsoft app store. [Download here]

How to Block Automatic Updates on Windows 10